My Start in German Shorthaired Pointers

My interest in the German Shorthaired Pointer (GSP) began some 40 plus years ago. 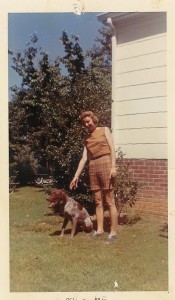 My aunt and her husband purchased their first GSP while he was in the Army.  I loved this dog know as “Tuff Guy”(1963).   When I was 11 and went on my first bird hunt at the farm. I rode between my father and grandfather in an old blue Ford truck.  The dogs were not GSP’s as my aunt had moved and we had English Pointers.  It was 1966, and there were plenty of birds.  On that hunt I was to small to carry a gun but enjoyed it as if I had.  To see the dogs find the birds by smell amazed me.  I heard stories of my great grandfather carrying my Grandfather when he was a child while bird hunting.  It seemed quail hunting was a tradition in the Lowry family. 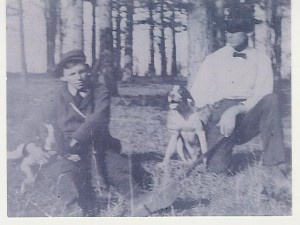 Later I had the opportunity to hunt over the Shorthairs.  I knew that was the dog for me.

My grandfather aged.  Our last hunt he commented how he couldn’t shoot a bird due to his sight.  However, when the dog pointed and birds flushed, his LC Smith made its mark.  He was still a quick shot as true wild birds can be fast as little bottle rockets.

When I graduated college in 1980, I bought my first Shorthair.  At that time the GSP was still a rarity, especially in the South that traditionally hunted over English Pointers or Setters.  It is funny how dog prejudices exist.  English Pointer or Setter people do not care for Shorthairs.  However, there are some English Pointer people that would not eat a bird shot over a Setter.  Anyway, I bought a pup from the first litter I found.  Doc was a hard headed, hard hunting, alpha German Shorthaired Pointer.  He was tough enough to kill a bob cat on a day that we had not found a single covey.  True to his heritage, he could take furred creatures to their maker in seconds. Of course the bob cat took a little longer and a few stitches.

Over the years, I have owned a number of “well breed” GSP’s including show stock, hunting stock and English stock.  The English dog’s pedigree read like a chapter of Bede Maxwell’s book.  This bitch was a smart & wonder family dog but with uncontrollable separation anxiety. 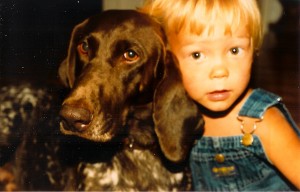 “That dog won’t hunt”.  To make a long story short…I have owned and breed a number of litters that I would not look twice at now.  I confess that I breed dogs just because I liked their looks, liked their availability, or liked their pedigree without regard for what I consider to be important today. 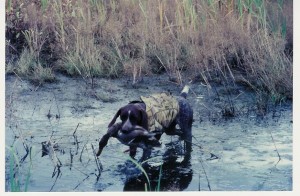 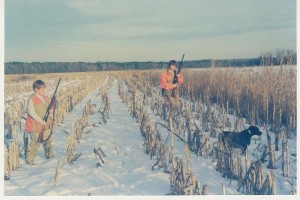 So, I have a prejudice for this type of dog.  I believe that a field dog should be within the confirmation standards and perhaps be able to win a show.  I also believe that a show dog should be able to point a bird or pass a basic hunt test.   We could breed to the ugliest National Field Champion or the prettiest Show Specialty dog we can find but in my book, that is outside of the my desires.  I believe in breeding for the Dual quality German Shorthaired Pointer.  It is a fine line to walk.  Most highly successful show people would not breed to a field dog and vice versa.  I once told an experienced field trial man that I liked the dual quality GSP.  His response, “do you like the part that they are not very good show dogs or that they are not very good field dogs”?  Well, as a person who competes in and judges field trials, I still like the whole package.

Because I live in North Carolina and have Rugerheim dogs from New Mexico, I often get questions of why.  Given my previous background in Shorthairs, I was looking for dog when I came across an advertisement in GSP News for a litter with an impressive Rugerheim pedigree.  At the time I did not know anything about Rugerheim.  I bought one of these pups from Wesley Copeland and had her shipped to North Carolina.  As a recent believer in line breeding, I could see the value in the work already put in place by the Janet and Terry Chandler.  Why try to recreate the wheel?  I just used this bitch as my foundation dog.  I also understand my own limitations, which include the kennel space and amount of time I devote to my hobby.  The Chandler’s accomplishments stand for itself.  There are certainly other great dual lines, field lines with sound conformation and perhaps some show lines that still have bird sense.

I have used Terry Chandler at Rugerheim Kennels as a trainer.  Originally because I perceived that he would be more interested in finishing a dog out of his line.  I use him now because he is a great trainer with good work ethic.  I have trained with him in his White Mountain (AZ) summer camp for years.  We have also hunted pheasants together and I consider him and his wife good friends.